Yet another COOL thing: CHECK IT OUT 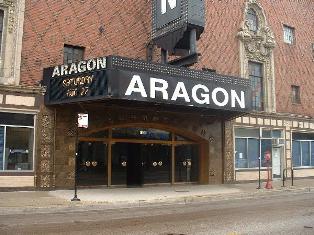 Now the entrepreneur owns one of rock’s biggest treasure troves of recorded shows by Zeppelin and other history-making bands, and he’s beginning to share it freely online. Since 2002, Sagan has owned the full archives of legendary promoter Bill Graham, whose concerts featuring performers such as the Grateful Dead, Jefferson Airplane, Jimi Hendrix and others helped define the late 1960s and early ’70s. Late last week, Sagan began putting excerpts from these concerts, many of which have never been released, online by way of a free Internet radio station on his company’s Wolfgang’s Vault site.
Sagan is a businessman, on the surface very different from the bushy-bearded, long-haired artists depicted in the black-and-white photographs lining the walls of his warehouse office. But Graham was a businessman too, with a reputation for being hard-nosed about making money as he promoted the peace-and-love generation’s soundtrack.
The warehouse itself is a rock history buff’s dream. Three floors are lined with shelves, which are stacked full of boxes of posters, pristine tickets for the Fillmore West and Fillmore East shows, postcards, T-shirts and original photographic negatives. Sagan estimates there are more than 20 million individual pieces here. In the basement of the warehouse is the room that holds close to 5,000 hours of videotaped concerts, and a comparable quantity of audio. Nobody’s quite sure what Graham had intended to do with all the footage, Sagan says. The vast majority of it is unseen and unheard, with the exception of occasional bootlegs of the same shows. http://www.wolfgangsvault.com/