For those listeners who have been faithful and loyal to their Saturday mornings from 9-12, we have some news of interest. Our very own Dave Estell has been promoted to King of the Newer York region. His castle will be somewhere on the city streets where he will be sure to spread his wit and good will to any and all who can hadle HIS way. If you ever want to know how Dave is feeling, JUST ASK. Personally, I have been a fan of his show for many years in a row and feel that the FILTH has influenced my musical choices at times but certainly was an inspiration to do good radio. Greenarrowradio is sort of the BIZARRO Filth, we end in the blues where on the filth the show always kicks off with something of a bluesy origin. So, as his show will still be on for the time being, make sure to check it out and give Dave a shout to let him know what YOU think. Maybe he will find his way to the airways in NYC and we can once again be the musical peasants that thirst for our mighty musical king to lead us to the sound.

Perhaps, we will have the honor to replace the Filthy time slot with something similar yet GREEN—->
Mr.G 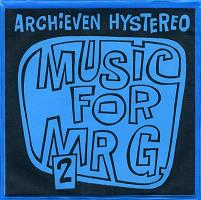